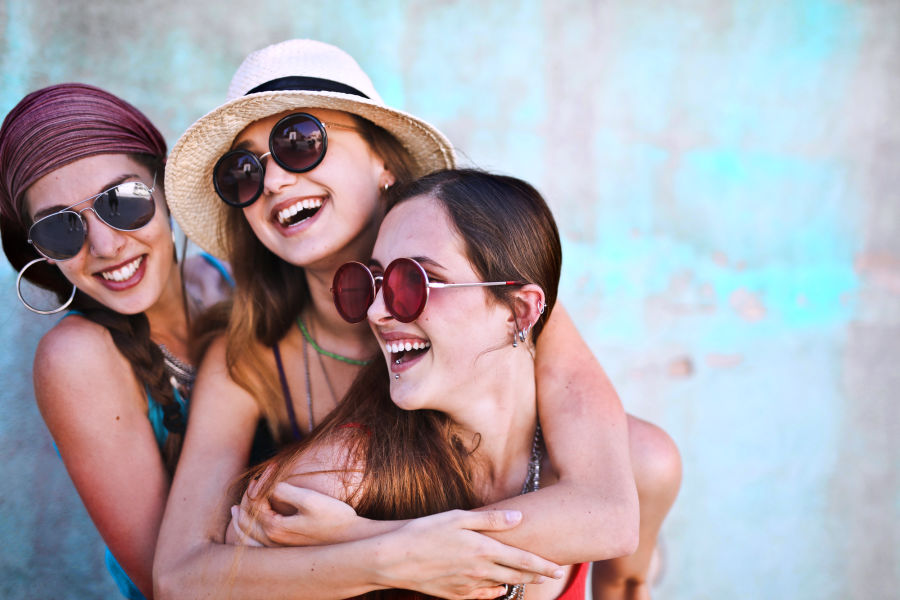 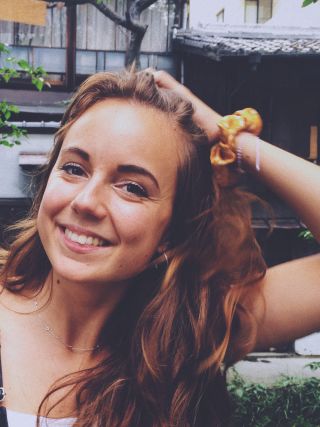 I am a woman.
Well, more precisely, when I was born, they considered my biological sex and said to my parents "congratulations, it's a girl!"
The midwives washed me before putting me in my mother's arms. In the meantime, one of them, probably because it was 6 o'clock in the morning and it must have been the end of her shift, or because she felt like having a bit of a laugh, ticked "male" on the first page of my birth certificate.
But it didn't matter: I had already been assigned to the "female" box in the eyes of the world.
Society makes a point of reminding me of this on a daily basis, so that I never forget it. Shop shelves clearly separate the blue departments of boys and the pink departments of girls to avoid a mix of genders, and travel agencies deliberately design tours "between girlfriends", so that even during a short stay abroad, I remember well the gender that was attributed to me at birth... In case I inadvertently omit my status as a woman (at the same time, when you see the figures of violence against women in the world, you would want to be a man so that you don’t suffer such injustice.)
I am constantly reminded of, wherever I am, that I am a woman and that I am made to remain within the "girls only" circle.
Girls only... But what does that mean exactly?
This is the question I finally asked myself after years of living in a world that stubbornly tried to fit me into one single box that my midwife had tried, more or less voluntarily, to get me out of it.
So I decided to investigate, to find out what it meant, concretely, and to try to find positive examples of a practice that can quickly become discriminatory when it is not used wisely.

In the first sense, it simply refers to being surrounded by other women.
So, if I'm climbing a high mountain with my big black mud boots on a hike under the rain with my friends, I'm going on a "girls only" outing.
But there is a second, more insidious sense that conveys a stereotyped gender image, and it is precisely this sense that poses a problem for the social construction it implies.
I am talking here about offers and products that are "especially for women" but which in reality only sell a preconceived cliché of what a woman should be or do.
What is the point? To increase the price by playing on the exclusivity of the product. It's called the pink tax and it's very frequently used by companies to increase prices based only on the gender of the product's target.
But there is more: it's also a way of attracting customers who reassure themselves that if the product is made for them, then it can be trusted. Except that, last time I checked, I didn't know that a face cream "for women" wouldn't work for men...
This is the danger of "for women only": it plays on its consumers.
While it can be used effectively, it is often used wrongly and thoroughly to sell more expensive, more gendered products, which correspond to clichés that lock up in fixed boxes.
This is the case with the trend of "girls-only" hotels, such as the Bella Sky Comwell in Copenhagen, which opened in 2011 and reserves its 17th floor for women. Desire to make women feel safe when they sleep in a hotel? Not really: the "Bella Donna floor" has special rooms, where you can find an ionic hair dryer, nail files and other skin care samples.
The same concept can be found even further afield in Spain. The Som Dona Hotel in Mallorca can only be booked by women aged 14 and over. Swimming pool, SPA, rooftop, this 4-star hotel offers a range of activities for those who would like to isolate themselves between girls in a particularly girly universe.
Nothing to do with going out in the mountains on a rainy day... Here, these offers designed "for women" only serve to use the gender assigned at birth for a stereotypical consumption of services which, in the end, does not correspond to the majority of women's expectations.


<h2>2. The problems it poses</h2>
Let me remind you: between girls, it's not only negative.
What I am denouncing here is the stereotypical use of this term to sell products and services that sink into the cliché of "glitter - pink - beauty", because it poses many problems whose consequences are far from insignificant.
I will take a typical example to help you understand the mechanism of the phenomenon.
I recently went to the bar with some friends after a busy day. As a beer fan, I looked at the menu to decide on my next pint, and there I was stunned: I noticed a small pink logo next to some brands. The legend said that these beers were "suitable for women".
I was speechless. The beers in question were sweet, fruity and light: as if women could only appreciate sweet and delicate elements. Too bad for me, I prefer strong, brown beers and therefore I don't meet the criteria of decency to be a woman at the bar… Probably because I'm a man in my birth chart. What a curse!
In fact, the problem in this case is that we're going to consider that there is a profile of a "real girl" who likes "girly" stuff designed especially "for girls".
So we're going to keep insinuating that a real girl doesn't like beer too much or only if it's light. It is therefore a question of maintaining a pseudo-image representative of the perfect woman where in reality there are many people like me who do not identify with this image.
Instead of conceiving that a woman can also enjoy "manly" activities, brands and society in general prefer to hammer her with stereotypical gender images to make her, in the end, fit into the codes of the ideal woman... You know, the one who is wise, kind, and who takes care of the family and household responsibilities without ever complaining about the mental load.
It is therefore a negative communication towards women which not only perpetuates gender inequalities but also prevents the emancipation of women, who are still clinging to an image of a small, fragile and sweet thing. And, when this effect is pushed to its extreme, we come to violence against women, including in France.
A conservative approach where the "girls only" could instead serve as a springboard for a real liberation when staying with inspiring women.

If you want to contribute to the emancipation of women, why not welcome an inspiring female solo traveller into your home?

Showing that tomorrow's globetrotter is a woman is a way of reminding the world that we are not as weak as we would like to be made to believe.


<h2>3. Top 3 "girls only" best practices</h2>
Sometimes the "exclusively female" can be good.
I have three examples in mind to illustrate to you the good students of this tendentious practice:
This is already the case in Japan, where local trains and subways have a dedicated carriage for women where men are not allowed to enter.
So yes, I know, it's an extreme decision. But in the meantime, women are still victims of harassment and sexual assault in transport, and until we have a real defence against these daily potential dangers, the only thing we can do is to try to offer them a safe haven.
We all agree that this does not solve the problem at its root, but it does provide a temporary solution that allows women to continue to live without worrying about this fear. So I'd rather have a wagon dedicated to me and continue to go out as I please, at the hours I want, than continue to be subjected to wandering hands or insidious glances and be forced to pay attention to my movements.


It is a safe couchsurfing platform for women. So if you feel like travelling solo, you can contact one of their hosts who are glad to welcome you to enjoy a warm home where you can rest in complete safety.
A site dedicated to women, which allows women who have apprehensions to embark on solo travel and therefore encourages them to emancipate themselves through a unique life experience.


It is not a question of separating men and women by offering them a pink and glittering hotel... On the contrary, by offering them a safe and authentic setting (homesharing is still richer than sleeping in a hotel if you ask me), La Voyageuse favours solo trips which are an excellent way to free oneself from the social codes imposed on a daily basis.
To reinforce this mission of women's empowerment, La Voyageuse offers free passes to women victims of violence. Because yes, travelling when one is subjected to violence can be a way to rebuild oneself, as Patricia testifies.


Outdoor Women Alliance works to inspire women by providing them a real trustworthy association and support. They show women that they can also practice outdoor activities, which is a great way to empower them as shown by their quote : “Go Conquer”.
You see, the "between girls" in the middle of climbing a mountain under the rain, it does exist.
An initiative that helps to bring to light a deeply rooted sexism: men are daredevils and women are not adventurous enough. The OWA shows that women are also capable of manual activities and outdoor sports... Ah, I think the bar I was telling you about earlier is giving us a syncope!
Being among women can be particularly inspiring when this common strength is used to pull each other up... You can climb many mountains.
Perhaps because my midwife made a mistake, I have never felt particularly "girly", or at least not in the sense that they wanted to make me believe, neither in the sense that they are trying to sell me through "adapted" products.
I've always preferred racing cars to barbies (much to the despair of my brother who was fed up with me borrowing his toys); I never could stand putting barrettes in my hair, which I prefer wild (and here it's my mother who was pulling hers out!); I've even become a feminist (about that, my family is living it pretty well).
I'm sorry, dear society: I've never been a good role model for girls. I don't want your miracle products and your "girls only" services that match what you wanted to shape from me.
On the other hand, I am in favour of "women's initiatives" that allow all women to emancipate themselves from the box they were ticked at birth.